This summer I immersed myself in Hamilton the Lin Manuel Miranda musical and the 1 & 2 Samuel scriptures on King David. While I was walking the dog and listening to Hamilton I thought how Hamilton's life story and the story of King David had similarities, wouldn't it make a great series to preach. I enjoyed this prep, who doesn't want to listen to Hamilton a lot.
Alexander Hamilton, Lin Manuel Miranda,
Alexander Hamilton
My name is Alexander Hamilton
And there's a million thing I haven't done
But just you wait, just you wait


6When they came, he looked on Eliab and thought, ‘Surely the Lord’s anointed is now before the Lord.’ 7But the Lord said to Samuel, ‘Do not look on his appearance or on the height of his stature, because I have rejected him; for the Lord does not see as mortals see; they look on the outward appearance, but the Lord looks on the heart.’ 8Then Jesse called Abinadab, and made him pass before Samuel. He said, ‘Neither has the Lord chosen this one.’ 9Then Jesse made Shammah pass by. And he said, ‘Neither has the Lord chosen this one.’ 10Jesse made seven of his sons pass before Samuel, and Samuel said to Jesse, ‘The Lord has not chosen any of these.’
1 Samuel 16:6-10

Does it matter where you come from? Does having someone give you a push change your destiny? When the people have forgotten God will a king solve their problems? When the king turns from God, what happens?  The entire story of the choosing of David as King can be found in 1 Samuel 16. You can listen to the sermon here.  Alexander Hamilton

32David said to Saul, ‘Let no one’s heart fail because of him; your servant will go and fight with this Philistine.’ 33Saul said to David, ‘You are not able to go against this Philistine to fight with him; for you are just a boy, and he has been a warrior from his youth.’ 34But David said to Saul, ‘Your servant used to keep sheep for his father; and whenever a lion or a bear came, and took a lamb from the flock, 35I went after it and struck it down, rescuing the lamb from its mouth; and if it turned against me, I would catch it by the jaw, strike it down, and kill it. 36Your servant has killed both lions and bears; and this uncircumcised Philistine shall be like one of them, since he has defied the armies of the living God.’ 37David said, ‘The Lord, who saved me from the paw of the lion and from the paw of the bear, will save me from the hand of this Philistine.’ So Saul said to David, ‘Go, and may the Lord be with you!’
1 Samuel 17:32-37

My Shot is the song that guides our worship this week. What will you do if giving a choice that can change not your life but the lives of those around you. Both Hamilton and David face these choices. David encounters Goliath this week and has to decide will he accept the challenge. David and Goliath, Hamilton and the choices we make. The entire David and Goliath story can be read in 1 Samuel 17. You can listen to my sermon here:  My Shot

The Room Where It Happens, Lin Manuel Miranda


Afterwards David also rose up and went out of the cave and called after Saul, ‘My lord the king!’ When Saul looked behind him, David bowed with his face to the ground, and did obeisance. 9David said to Saul, ‘Why do you listen to the words of those who say, “David seeks to do you harm”? 10This very day your eyes have seen how the Lord gave you into my hand in the cave; and some urged me to kill you, but I spared you. I said, “I will not raise my hand against my lord; for he is the Lord’s anointed.” 11See, my father, see the corner of your cloak in my hand; for by the fact that I cut off the corner of your cloak, and did not kill you, you may know for certain that there is no wrong or treason in my hands. I have not sinned against you, though you are hunting me to take my life. 12May the Lord judge between me and you! May the Lord avenge me on you; but my hand shall not be against you. 1 Samuel 24:8-12

This week we follow David into hiding after Saul has tried to kill him numerous times. David has the chance to kill Saul and chooses otherwise. David says to Saul, "May the Lord therefore be judge." Is this our Bonhoeffer Moment?  You can read the entire story in 1 Samuel 24. You can listen to my sermon here: The Room Where It Happens

It happened, late one afternoon, when David rose from his couch and was walking about on the roof of the king’s house, that he saw from the roof a woman bathing; the woman was very beautiful. 3David sent someone to inquire about the woman. It was reported, ‘This is Bathsheba daughter of Eliam, the wife of Uriah the Hittite.’ 4So David sent messengers to fetch her, and she came to him, and he lay with her. (Now she was purifying herself after her period.) Then she returned to her house. 5The woman conceived; and she sent and told David, ‘I am pregnant.’ 2 Samuel 11:2-5

One of the themes that runs through both Hamilton and King David is the desire for more, to do more, attain more, conquer more. What does it take to be satisfied? The full story can be found at 2 Samuel 11. You can listen to my sermon here: Satisfied

13David said to Nathan, ‘I have sinned against the Lord.’ Nathan said to David, ‘Now the Lord has put away your sin; you shall not die. 14Nevertheless, because by this deed you have utterly scorned the Lord, the child that is born to you shall die.’ 15Then Nathan went to his house.The Lord struck the child that Uriah’s wife bore to David, and it became very ill. 16David therefore pleaded with God for the child; David fasted, and went in and lay all night on the ground. 17The elders of his house stood beside him, urging him to rise from the ground; but he would not, nor did he eat food with them. 2 Samuel 12:13-17

The Unimaginable, what do we do when the unimaginable happens? How do we live with unbearable grief? My sermon from this morning. You can read the full story of Nathan and David in 2 Samuel 12. My sermon can be heard here: The Unimaginable

Who Live, Who Dies, Who Tells Your Story


You could have done so much more if you only had time
And when my time is up, have I done enough?
Will they tell your story?

Now these are the last words of David:The oracle of David, son of Jesse,
the oracle of the man whom God exalted,the anointed of the God of Jacob,
the favorite of the Strong One of Israel:
The spirit of the Lord speaks through me,
his word is upon my tongue. The God of Israel has spoken,
the Rock of Israel has said to me:One who rules over people justly,
ruling in the fear of God, is like the light of morning,
like the sun rising on a cloudless morning,
gleaming from the rain on the grassy land.
Is not my house like this with God?
For he has made with me an everlasting covenant,
ordered in all things and secure.Will he not cause to prosper
all my help and my desire? But the godless are all like thorns that are thrown away;
for they cannot be picked up with the hand; to touch them one uses an iron bar
or the shaft of a spear.
And they are entirely consumed in fire on the spot. 2 Samuel 23:1-7

What is a legacy? What do you wish to leave behind? What do you hope that you have done? Join us tomorrow for our last sermon on King David and Hamilton. You can listen to my sermon here: Who Lives, Who Dies, Who Tells Your Story
Email Post
Labels: 1 Samuel 2 Samuel Hamilton King David Lin Manuel Miranda

Beauty is All Around 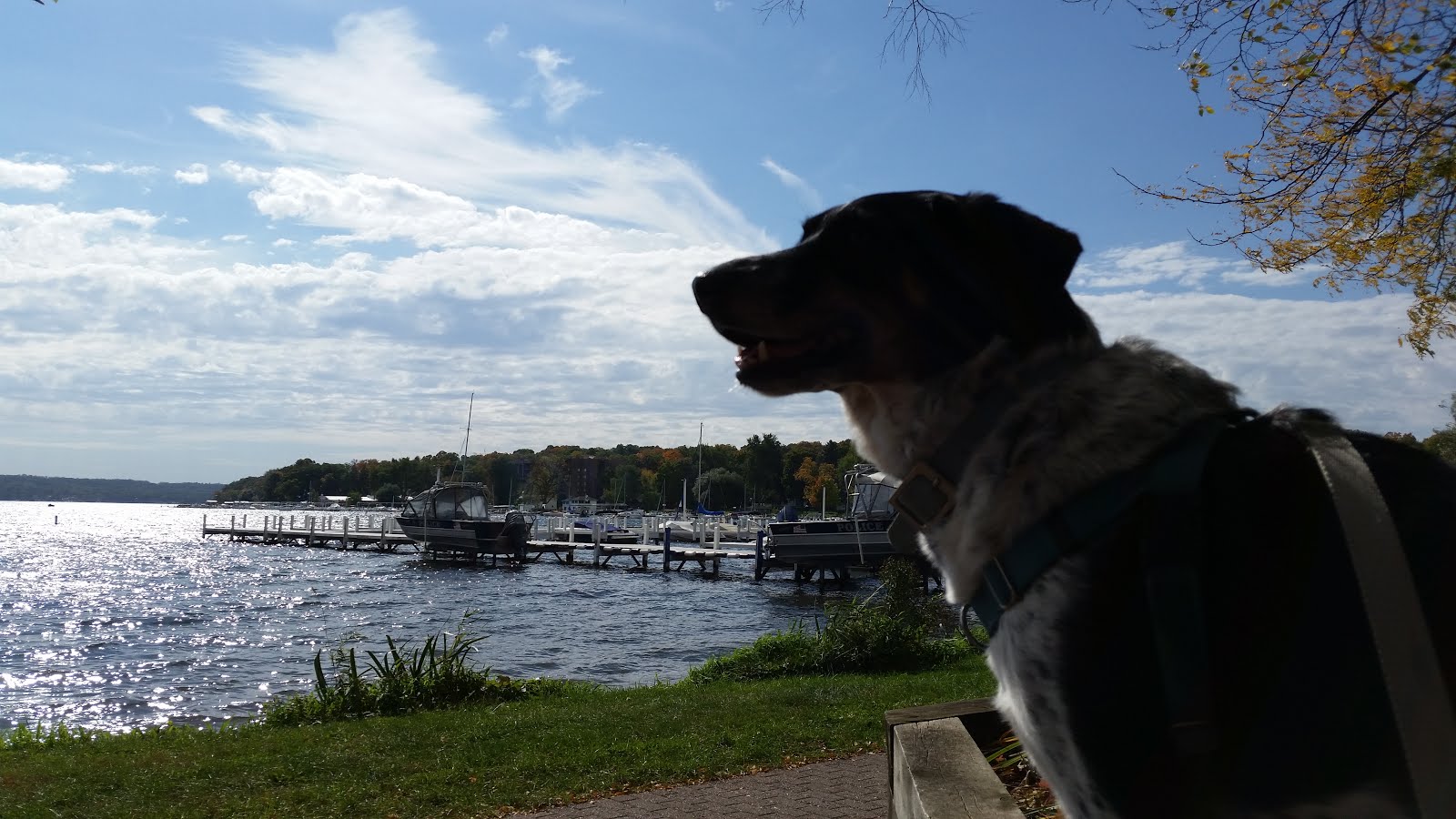 God has place this wonderful creation in our hands. As U2 sings, "It's a beautiful day, don't let it slip away." We have this one life to live on this beautiful planet so enjoy these reflections on God, faith, life, and music. "After the flood all of the colors came out. It's a beautiful day."

All material on this blog is the property of the author, Rev. Charlene Hinckley. I'm willing to share liturgies and dramatic material written for worship; please e-mail for permission.